Representing Australia and competing at her first international event in the 100m T37/38 sprint, Indi started from lane four in heat two on Tuesday night AEST, finishing fourth behind two-time Paralympic gold medallist and reigning Commonwealth Games gold medallist, Sophie Hahn when registering 13.77 seconds for the journey, which is 0.43 of a second better than her previous best time of 14.20 seconds.

Cooper was ecstatic after the run, and was so pleased to register a new personal best when representing Australia.

“Yes, I did it, and I’m very happy about it,” Cooper said after her career-best performance.

“My box start felt really good and I was just pushing through the line and came out with a massive PB (personal best) at my first Commonwealth Games and my first-time representing Australia.”

Competing at Alexander Stadium, a huge crowd watched the 100m T37/38 final, and the 16-year-old admitted it was difficult not to be distracted.

“I was walking out there, and I was like, ‘Oh my god, there are so many people’, but I was concentrating on my race and not getting distracted by all of the people,” Cooper said.

As the youngest member of the Australian Athletics team, Cooper has felt right at home, and she was now looking forward to watching her teammates compete in their events.

“It’s been really good and my teammates are all so supportive and I can’t wait to watch everyone else run,” Cooper said.

Bullants on show in Albury

GAJRL Tigers off to Temora 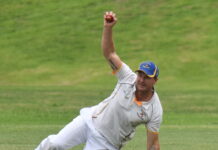 Curnow stays on as TDCA president